Memorial Hall was built in 1925 as a war veteran memorial to honor the men and women who served our country and gave their lives for the freedoms we enjoy today. As described in the following editions of The Joplin Globe Archives, the Hall was constructed as a memorial to all the soldiers and sailors of Joplin who have served in the defense of their country.

As noted in The Joplin Globe Archives discussing 1918 news, the idea to construct some type of memorial to commemorate the heroic part played in the world war by Joplin men was being considered by Joplin Mayor Jesse F. Osborne and Boone Jenkins, chairman of the City Park Board.

A fund for the memorial campaign was discussed at meetings of the Robert S. Thurman Post of the American Legion and the women’s auxiliary, according to The Joplin Globe Archives of 1920. 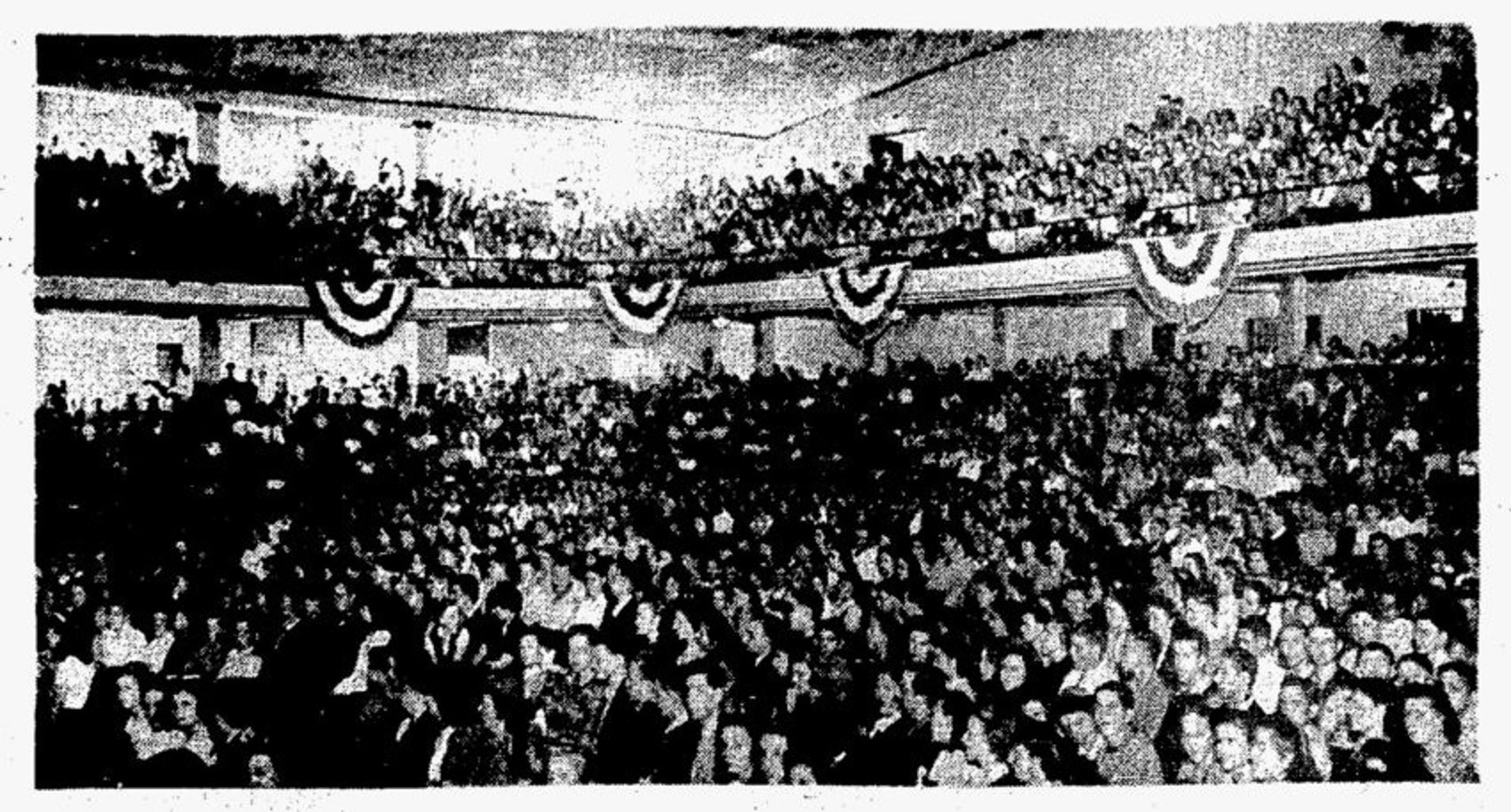 Descriptions about Memorial Hall in the 1924 Joplin Globe Archives stated that plans called for a two-and-a-half-story structure with the front-facing 8th Street. The front entrance will have four pillars, and the building may be used as an opera house and convention hall. Construction started this year with the Thurman Post, American Legion laying the cornerstone during a ceremony of the state convention held in Joplin.

In October 1925, The Joplin Globe reported that nearly 2,000 people attended the dedication ceremony for Memorial Hall. A memorial plaque was installed in the hall, stating:

“This building was constructed by the citizens of the city of Joplin as a memorial to all of those who, as members of any branch of the military or naval service of the United States, have given their lives and services in behalf of our country in all wars in which it has been engaged.”

Memorial Hall has served as the mainstay to welcome home our soldiers and provided a gathering place for veterans’ activities and meetings. In October 2021, Memorial Hall, located at 212 West 8th Street, was placed on the National Register of Historic Places.

There are five Memorials on the property and are currently located in the main lobby of the hall, as well as on the outer perimeters of the building. They include recognition of the Spanish-American War Veterans, World War I Memorial, World War II Monument, Korean Conflict, and the Vietnam Conflict.

In the proposed design, these memorials will be centrally located near the front of the renovated Memorial Hall. Plans are for the City to vacate 8th Street, allowing more of a plaza in the front of the hall. It will be named Veterans Way. 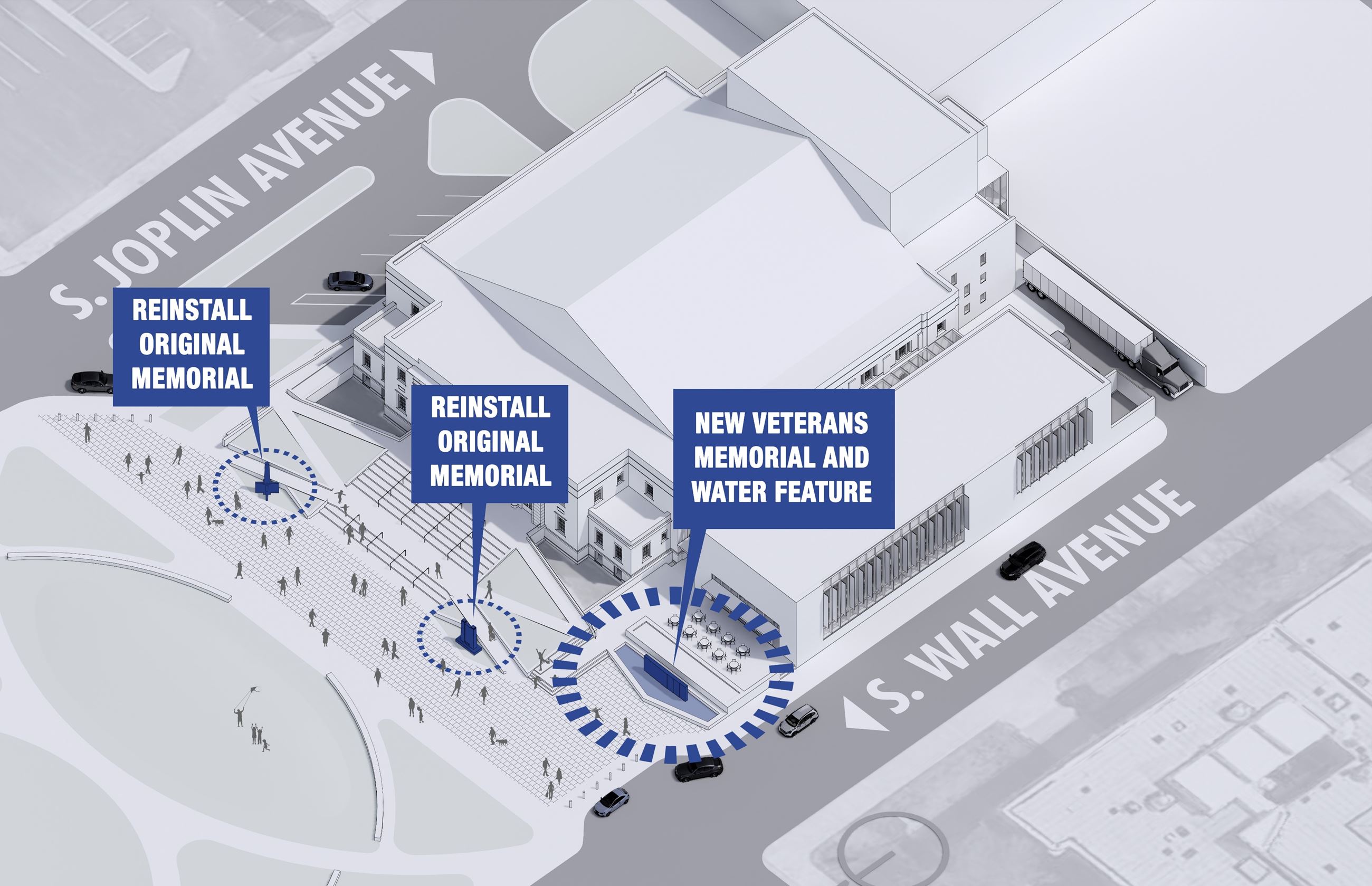 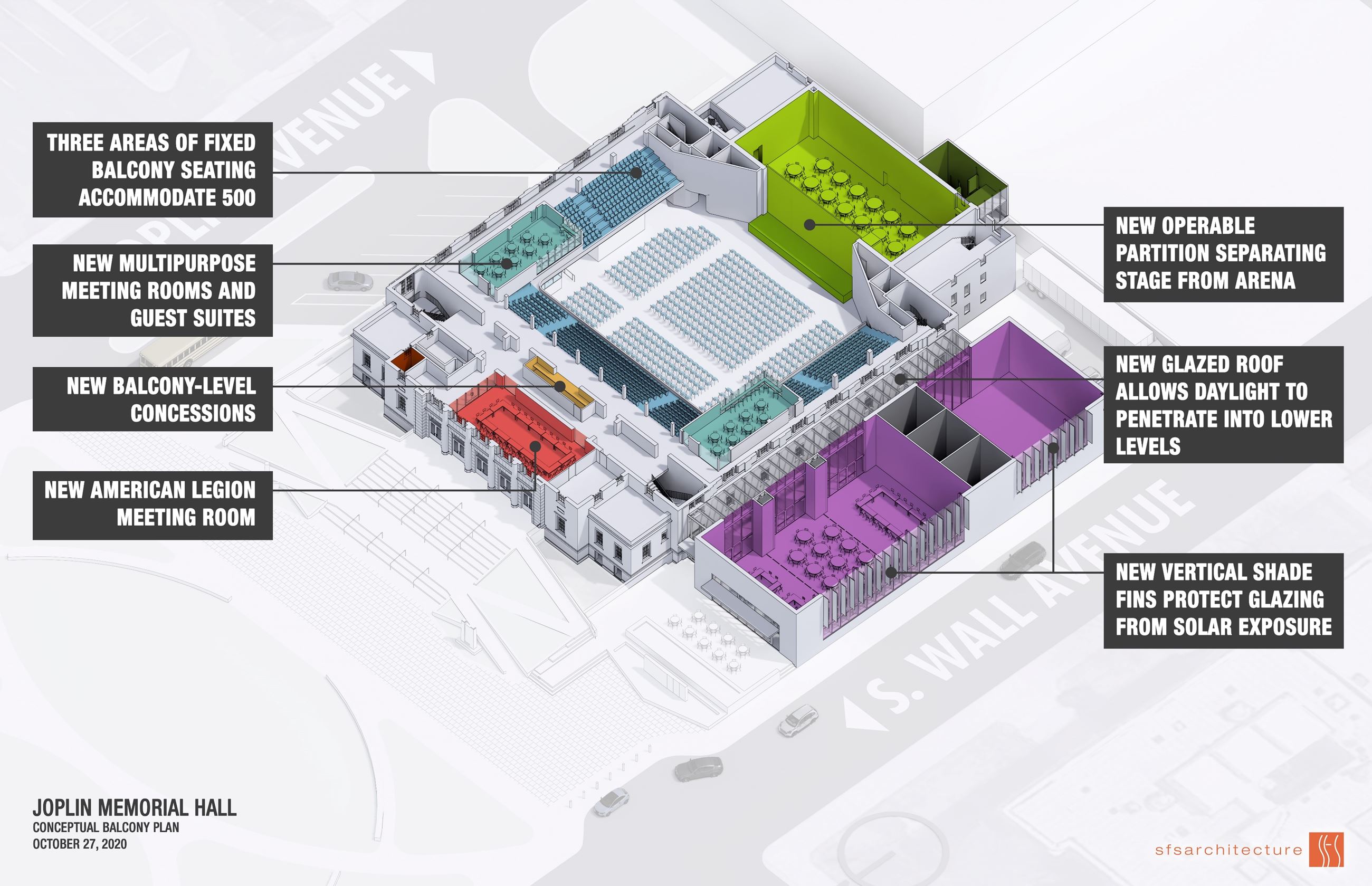